A LOCAL LEGEND IS BORN (NOT TO MENTION A DARN FINE BEER!): THE HISTORY OF WALTER’S BREWING COMPANY

The Walter Brewing Company became a legend in the Midwest beginning in 1874. It was lovingly tended by generations of the Walter’s family who were dedicated to brewing a bold, refreshing beer, and supported by a public with extraordinarily good taste.

In true you-don’t-know-what-you’ve-got-‘til-it’s-gone fashion, the community mourned the loss of a century-old classic when Walter’s closed in 1989. Fortunately for Eau Claire and surrounding communities, there’s a second chance to get behind a winner. Walter’s Beer consistently received high marks in taste comparisons in its day. Today you can judge for yourself at Northwoods Brew Pub. There’s a reason it’s known as The Beer that IS Beer.

Three Ingredients Not on the Label: Dedication, Innovation and Passion 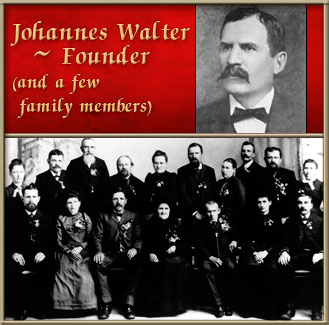 Walter’s Beer was founded in Spencer, Wisconsin, where German-born Johannes Walter brought a crisp German lager to a country accustomed to its ales and ports. A fire forced a move to Eau Claire in 1893 and a local legend was born.

Another fire and Prohibition interrupted, but did not deter, his efforts. He was the first to install tile floors for sanitation. Eventually a thriving business was handed down to cousins and nephews, spawning six breweries between Wisconsin and Colorado. The Walters Brewing Company in Eau Claire was purchased by Martin, Charles and Edgar Walter upon the passing of Johannes, and reopened when Prohibition ended in 1933. Martin Walter served as president until 1967 and John Walter, also an owner, was the brewmaster to the end.

Not nearly as well-known as Busch or Pabst, by 1950 the Walter’s family was the largest brewer in America. John Walter graduated from Chicago’s Siebel Brewing Institute with

August Busch III. Clearly the two paid attention in class. But the bigger marketing budgets of the national brands were too much for the family, forcing all but Walter’s Brewery in Eau Claire to close by the 1970s. 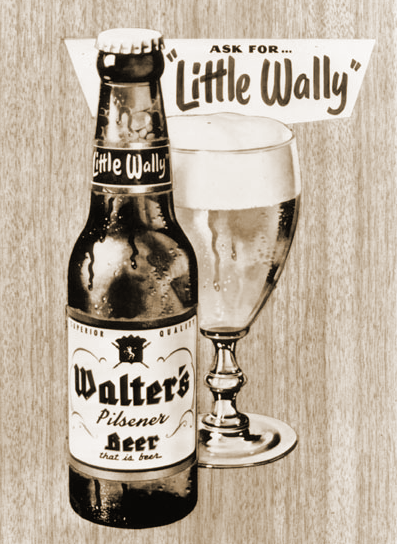 You Can’t Keep a Good Beer Down

In 1980, Walter’s Brewing Company peaked at 80,000 barrels per year, but quickly declined in the face of increasing competition and changing customer taste. The light beer revolution and innovations in packaging left Walter’s far behind. An attempt by Chicago businessman Michael Healy to revive the operation resulted in the short-lived Hibernia Brewing Company. Members of the Walter’s family stayed on in key positions, but despite a temporary resurgence and the popularity of a new outdoor beer garden, the tradition was over. The brewery closed its doors in 1989. The site has since been razed. Brewmaster John Walter died in 2004. The pride of Eau Claire and a precious piece of history was lost.

Steeped in tradition and passed down through the years, Walter’s Beer is yours for the tasting. When you lift your glass, but before the cool brew meets your lips, give a toast to John, Martin, Johannes and all the Walters family whose passion made Walter’s a classic, and to our brewmaster who makes it possible to relive the glory.